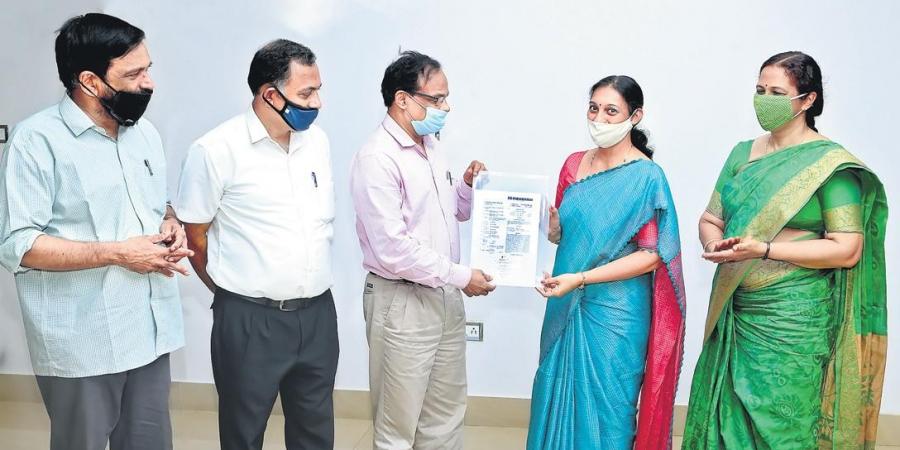 Cusat researchers bag US patent in a rare success story

KOCHI: In a first, an educational institution in the state has bagged an American patent for an invention which is a major breakthrough in software engineering and a stepping stone to fifth generation (5G) programming languages. This is also the first US patent for Cochin University of Science and Technology (Cusat) where the research was carried out.

According to Philip Samuel, professor and Head of Department, computer science, Cusat, the team, comprising  Renu George, assistant professor, department of computer engineering, College of Engineering, Chengannur, and himself, won the patent for their ‘Bytecode generation from UML Models’ pioneering invention.

“The patent was received for the invention of a novel method to convert software design directly to executable bytecode without having to write a computer programme,” he added. According to Samuel, this is the first time in its history that Cusat has received an American Patent. “It is also the first time that an educational institution in Kerala got a US Patent in the software field,” added Philip.

“The United States Patent and Trademark Office (USPTO) awards patents after detailed evaluation based on novelty, inventive step and industrial applicability. A patent is granted only if an application meets all the three criteria. The patent application was filed in India in October 2015 and later in the United States in April 2018,” he said .

According to Philip, “The invention proposes a novel method that allows automatic generation of efficient and accurate executable bytecode directly from the software design model. The Unified Modelling Language (UML) is the de-facto standard for modelling and design of software”.

The professor said software tool developers like IBM, MagicDraw, ArgoUML and Papyrus etc are working in this area. “Their research focuses on generating code in high-level languages like Java. This invention provides an approach that generates low-level executable bytecode directly from UML models, bypassing the need to have a programming language,” he added. This invention has great relevance for the software industry since it relieves the programmer from the tedious task of coding the design models.